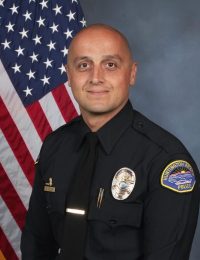 At approximately 6:30pm on Saturday, February 19, 2022, Huntington Beach PD’s helicopter “HB1” was responding to a disturbance call in Newport Beach when it crashed into the waters off the southeast end of Lido Peninsula. The Orange County Fire Authority, Orange County Sheriff’s Department, and Anaheim Police Department dispatched their helicopters to assist with the rescue effort, according to aircraft tracker ADS-B Exchange.

Despite all heroic rescue efforts, Officer Nicholas Vella died of injuries sustained in the crash. A second officer, a 16-year veteran, was transported to a hospital where he was listed in stable condition before being released the following day.

Officer Vella, age 44 and a 14-year veteran of the Huntington Beach PD, is survived by his wife and daughter.