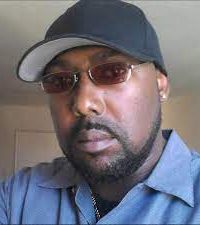 On the afternoon of April 30, 2021, two detained youth assaulted a third youth at the Central Juvenile Hall in Los Angeles. Officer Michael Edward Hall physically restrained one youth, stopping the assault of one of the aggressors. Officer Wall then began to escort the aggressor away when the youth broke and ran. Officer Wall was pursuing the youth when he suffered a cardiac emergency and collapsed into the arms of a nearby officer. CPR was conducted and he was rushed to the hospital. Tragically, Officer Wall passed during emergency surgery.

Officer Wall, age 49, was a 14-year veteran career officer with the Los Angeles County Probation Department. He is survived by his 14-year old daughter, his brother, and his three sisters.