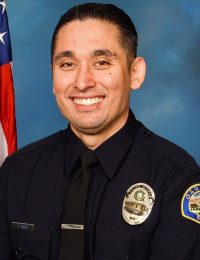 On November 14, 2018, at approximately 7:30am, Gardena Police Officer Toshio Hirai was was en route to the station on his department motorcycle when he was struck by a car at the intersection of Western Avenue and 238th Street, in Harbor City. The other driver was a 17-year-old girl who stopped at the scene and cooperated with investigators. She was licensed and neither drugs nor alcohol were suspected as factors in the crash.

Officer Hirai was transported to the hospital with critical injuries and, tragically, he passed the following day.

Officer Hirai, age 34, was a 12 year veteran of the Gardena Police Department. He is survived by his wife and 2-year-old son.