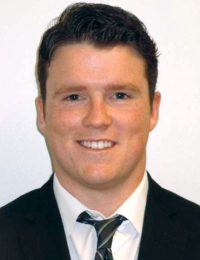 In the early morning hours of March 15, 2018, Deputy Ryan Zirkle of the Marin County Sheriff’s Department was responding to a 911 hang-up call when he was involved in a single vehicle collision on Highway 1 near Cypress Road, just north of Point Reyes Station in west Marin County.

Shortly after Deputy Zirkle was dispatched, another 911 caller reported hearing a traffic accident. As Marin Sheriff’s Communications Center had not received a response from Deputy Zirkle, his partner was dispatched to check the reported accident. His partner was first on scene shortly after midnight and found Deputy Zirkle’s vehicle down an embankment where it had struck a tree. County firefighters arrived soon after along with other responding deputy sheriffs. It took 35 minutes to extricate Deputy Zirkle from his vehicle, after which he was air lifted to Petaluma Valley Hospital. In a press conference later that morning, Marin County Sheriff Robert Doyle announced, “Deputies, paramedics, and doctors did all they could but Ryan didn’t survive.”

Deputy Ryan Zirkle, age 24, had been a deputy for 2 and a half years. He is survived by his mother and father, two older brothers, and a fiancé with whom he had recently purchased a house in Petaluma.