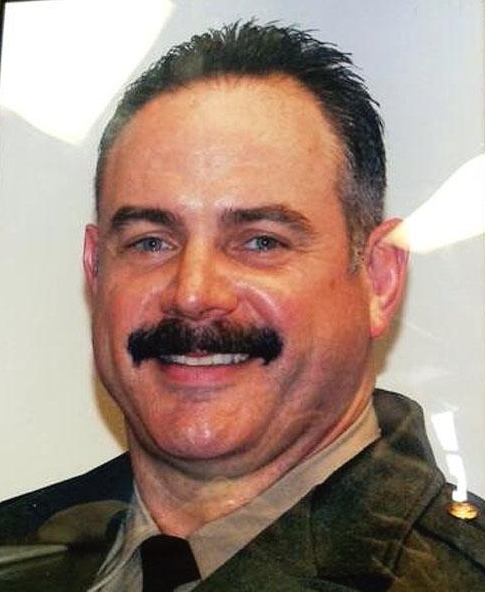 Shortly before noon on March 19, 2014, Mendocino County Sheriff’s Deputy Ricky Del Fiorentino was shot and killed in his patrol car by a suspect wanted out of Oregon who was involved in a high speed chase that began near Leggett. The suspect, identified as Ricardo Antonio Chaney, age 32, had been involved in a crime spree that started in the early morning hours in Eugene, Oregon, where he was suspected of murder, committed an armed robbery, carjacked a vehicle and forced the driver into the trunk. He then headed south in the stolen four-door black 2006 BMW 330.

At approximately 10:30 a.m. police received a 911 call from a business owner at the tourist attraction Confusion Hill, north of Leggett. The business owner reported exchanging gunfire with Chaney, who then fled. Law enforcement located Chaney on Route 1 at 11:30 a.m. and engaged him in a pursuit near MacKerricher State Park, with speeds exceeding 100 mph, before the suspect got away.

Fort Bragg police Lt. John Naulty arrived shortly after the shooting and found Chaney scavenging through Del Fiorentino’s car. Gun fire was exchanged and Chaney retreated into a bushy area along the road. As the gun battle continued, and Fort Bragg Police Chief Scott Mayberry drove up behind Lt. Naulty’s patrol vehicle, providing cover to establish a safer position. Members of MCSO’s SWAT team arrived on scene shortly thereafter. During a search of the scene, Chaney was found a short distance away in the side yard of the home behind the brush line near Deputy Del Fiorentino’s patrol vehicle. Chaney was pronounced dead from what appeared to be two separate gunshot wounds, according to the MCSO. Chaney was wearing a military-style ballistic vest and was in possession of two assault rifles when he was found. A double-barreled shotgun was found inside the stolen BMW.