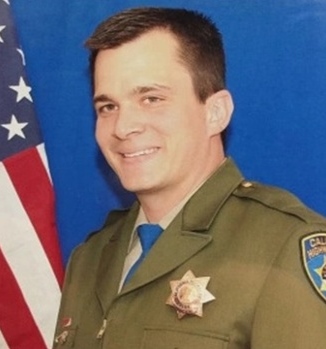 The following memorial fund has been set up:

At approximately 2:25 on the afternoon of Saturday, March 12, 2016, California Highway Patrol Officer Nathan Taylor was providing traffic control at a traffic collision with an ambulance responding, in the center median of I-80 westbound, west of Castle Peak. Officer Taylor was actively directing traffic to the rear of his patrol vehicle, facilitating passing motorists to move over to the right in heavy snow conditions. As he was waving traffic over, a Nissan Pathfinder on I-80 westbound, was approaching his location. As traffic began to slow, the Nissan changed lanes from the right lane into the left lane, accelerating and passing slowing traffic toward Officer Taylor. The Nissan lost control and collided with Officer Taylor, who was thrown several feet into a snow bank. The Nissan also came to rest in the center median snow bank. A witness to the collision, who was also an off-duty EMT, was the first to render aid to the officer and used Officer Taylor’s hand-held radio to call for help.

Officer Taylor suffered major injuries as a result of this collision and was transported by ambulance to Renown Medical Center in Reno, Nevada. Despite significant life-saving efforts by medical personnel, Officer Taylor succumbed to his injuries on Sunday, March 13.

Officer Nathan Taylor, age 35, graduated from the CHP Academy in West Sacramento in October 2010, and was assigned to the San Jose Area office. He transferred to the Gold Run Area in January 2013. He is survived by his wife, Rebecca; three sons, ages 3, 5 and 8; his parents, Jeff and Linda Taylor; and two brothers, one of whom is a CHP officer.