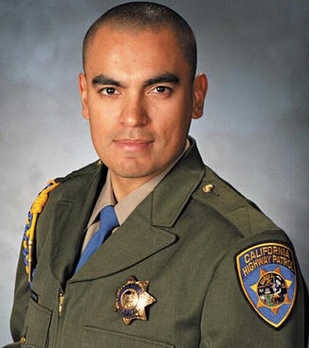 Shortly after 6:00 a.m. on February 17, 2014, CHP Officer Juan Gonzalez and Officer Brian Law were killed in a traffic collision on southbound SR-99 near Kingsburg while responding to an incident they believed to be on the northbound side of the highway. The officers were working as partners in the same patrol car.

The scene remains under investigation. As Law and Gonzalez approached the crash scene, which was on the southbound side of the highway, it is reported a pedestrian involved in the original incident was on the freeway. Officer Gonzalez swerved to avoid the pedestrian, causing the unit to veer off the highway, strike the pylon of a freeway exit sign just north of the Sierra Street/Conejo Avenue exit, and overturn. Both officers were pronounced deceased at the scene.

In a briefing at the crash scene, CHP Commissioner Joe Farrow said a white pickup apparently was the first vehicle in the incident to which the officers were responding. “Prior to our arrival, it appears another vehicle may have hit the truck” and came to rest a short distance to the south. “We’re not sure if the officers thought the crash was further down the road,” Farrow said. But “as they approached the scene, they lost control of their vehicle. They hit the guardrail and ultimately hit the sign.”