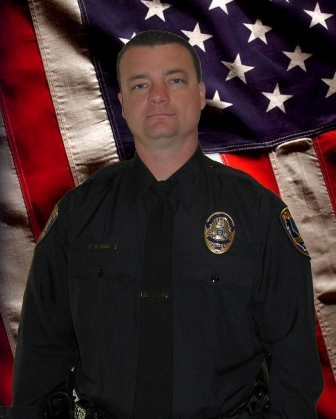 Donations are being accepted to assist the family of Officer Crain. Checks can be made to the “Officer and Family Assistance Fund” via the Riverside Police Officers’ Association, 1965 Chicago Ave Suite B, Riverside, CA 92507, Phone (951) 784-1034.

On Thursday, February 7, 2013 at approximately 1:30 a.m., Riverside Police Officer Michael Crain and his partner were in a marked patrol unit stopped at an intersection. Both officers were ambushed by a reported suspect who fired multiple rounds from a rifle into their vehicle. Officer Crain, age 35, tragically succumbed to his injuries. His partner underwent emergency surgery and is recovering.

Officer Michael Crain was born in Anaheim, California to Stephen and Cindy Crain on April 9, 1978. He was the oldest of three children and had a brother, Jason, and sister, Leslie. He was raised in the Riverside area and graduated from Redlands High School in 1996.

After high school Crain attended Crafton Hills College in Yucaipa for a year prior to enlisting in the United States Marine Corps. He served two deployment tours in Kuwait as a rifleman in the 15th Marine Expeditionary Unit, 3rd Battalion 1st Marines. He was a squad leader, and was promoted to the rank of Sergeant. He was then stationed at Camp Pendleton in Oceanside, CA, where he taught Military Operations in Urban Terrain. During his military service, Crain was awarded the Good Conduct Medal, the Armed Forces Expeditionary Medal, the Sea Service Deployment Ribbon with 1 star, a Certificate of Commendation, and the Rifle Marksmanship Badge.

After being honorably discharged from the Marine Corps, Crain joined the Riverside Police Department. He graduated from the Riverside Sheriff’s Academy, class #152, and was sworn in as a Riverside Police Officer on August 24, 2001. Following his graduation from the Field Training Program, he was assigned to Field Operations as a patrol officer. During his 11 year tenure with the Riverside Police Department, Officer Crain served as a patrol officer, and was assigned to the Special Weapons and Tactics (SWAT) Team. He had also served as a Helicopter Observer, a Field Training Officer, a Firearms Instructor, and had been assigned to the University Neighborhood Enhancement Team (UNET).

Officer Crain is survived by his wife Regina, son Ian (age 10), and daughter Kaitlyn (age 4). He loved attending dance recitals with his daughter and coaching his son’s baseball team.