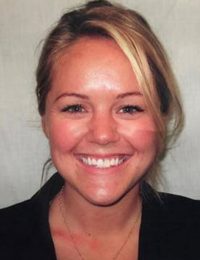 At approximately 12:18 on the afternoon of Saturday, October 8, 2016, four officers from the Palm Springs Police Department responded to a domestic disturbance call involving a father and son at their home in the 2700 block of Cypress Road. As officers attempted contact, the son opened fire through the front door, striking three officers. Officer Leslie Zerebny and Officer Jose Gilbert “Gil” Vega were rushed to the hospital. Tragically, their injuries were not survivable. The third officer was transported to the hospital and is expected to recover.

Dozens of officers from surrounding jurisdictions responded, surrounding the house and securing a four-block perimeter. The suspect barricaded himself in the house, exchanging gunfire with officers. During the standoff officers utilized a remote-controlled robot to search the home then deployed tear gas. The gunman, identified as John Felix (26), surrendered to a SWAT team from Riverside County Sheriff’s Department. Felix was wearing “soft, concealable body armor” and had several high-capacity gun magazines when he was captured, 12 hours after the initial call. The suspect’s father, who initiated the call for assistance, cooperated with officials.

Two fallen heroes – one just two months from retirement…the other in the first 18 months of her career and a new mother. Officer Vega and Officer Zerebny are the first Palm Springs police officers to die in the line of duty since 1962.

Officer Gil Vega, age 63, wasn’t scheduled to work on Saturday but volunteered for overtime. A 35 year veteran of Palm Springs PD, he had filed his paperwork to retire in December. Officer Vega is survived by his wife and eight children.

Officer Zerebny, age 27, had just returned from maternity leave. She served Palm Springs PD for one and a half years and is survived by her husband, a Riverside County Sheriff’s Deputy, and their four month old daughter.