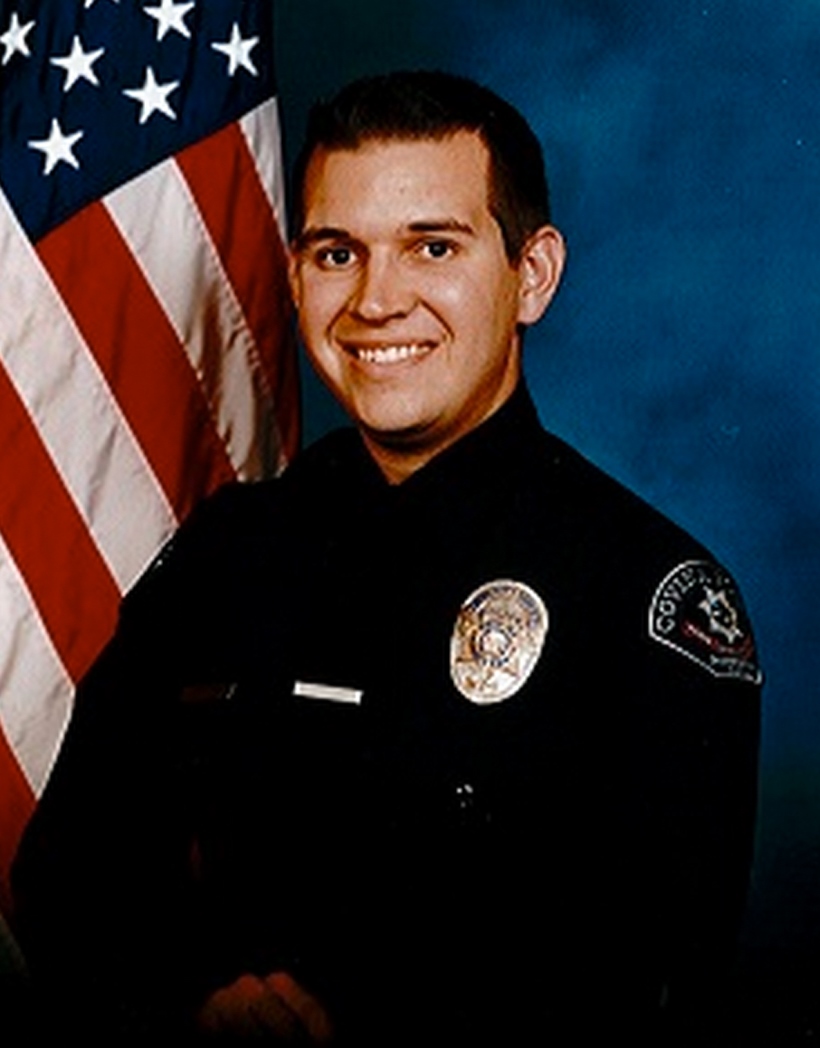 Donations to benefit the family can be sent to the Officer Jordan Corder Memorial Fund, care of the Police Association of Covina, P.O. Box 349, Covina, CA 91723. Detective Ryan Davis is the association contact and can be reached at rdavis@covinaca.gov

At approximately 2:00pm on September 30, 2014, Officer Jordan Corder with the Covina Police Department was involved in a collision at Citrus Avenue and Puente Street in the City of Covina while pursuing a speeding motorcycle. Traveling southbound on Citrus Avenue, the offending motorcycle ran a red light at Puente Street. As Officer Corder entered the intersection in pursuit, the driver of a Honda CR-V traveling northbound on Citrus Avenue made a left turn onto West Puente, striking Officer Corder’s motorcycle and ejecting him onto the roadway. The driver of the speeding motorcycle continued to flee and at this writing remains at large. Officer Corder and the driver of the CR-V, a 75 year old woman, were treated at the scene by Los Angeles County Fire Department personnel, then transported to Inter-Community Hospital. Tragically, Officer Corder succumbed to his injuries at 2:41pm.

Officer Jordan Corder, age 28, was hired as a Community Service Officer at the Covina Police Department on November 6, 2006. He was then hired as a police officer at the department less than a year later, and last May assigned to the traffic unit as a motorcycle officer. He received numerous awards from Mothers Against Drunk Driving during his career. Officer Corder is survived by his father, Mark Corder, a retired Covina Police Captain, his mother Diane and his sister Melissa Coterel, who is a Police Dispatcher for the Ontario Police Department.