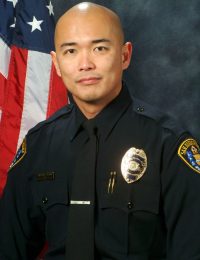 The San Diego POA has established a fund for the DeGuzman family. Checks can be made payable to the San Diego Police Officers Association and mailed to:

Donations can also be made online using the link below. Please indicate "Officer Jonathan DeGuzman" in the notes of your online donation. All donations will go directly to the family.

A massive manhunt for the suspects was launched through Boston Avenue and surrounding areas. One suspect, wounded while being taken into custody in a ravine area off South 38th Street, was hospitalized in critical condition. The second suspect was arrested July 29 after an hours-long standoff with the SWAT team.

Officer De Guzman, age 43, is survived by his wife and two young children. A 16-year department veteran, Officer De Guzman was awarded SDPD’s purple heart in 2003 after being stabbed by a suspect he stopped for speeding.