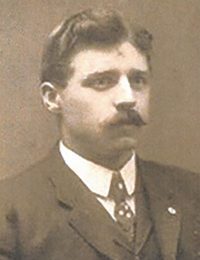 On October 2, 1937, Deputy Sheriff Henry V. Snowbelt was off duty playing cards with his wife and two friends at the Wheeler Café in Lower Lake.

Unbeknownst to them, earlier in the evening a belligerent ex-convict had been removed from Millsap’s restaurant by the owner and a patron. The subject later confronted the patron at a pool hall, where he reportedly stated, “I’ve got you now, I’m going to shoot you.” The subject fired his rifle, seriously wounding the patron.

Deputy Snowbelt was survived by his wife, Amelia, and daughter, Thelma.