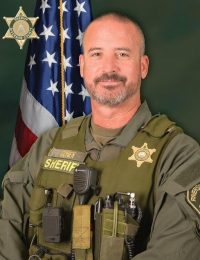 On Sunday, October 18, 2020, Sergeant Harry Cohen and his assigned deputies participated in a Quarterly Physical Fitness Qualification (PFQ) at the Riverside County Sheriff’s Department’s Special Enforcement Bureau Fitness Training Facility.  At approximately 1714 hours, prior to completion of the PFQ, Sergeant Cohen was observed by his deputies to be in distress, appearing to have collapsed. Deputies immediately began lifesaving measures and requested paramedics to the scene.

Sergeant Cohen was transported to Riverside University Health System Hospital via Sheriff’s helicopter. Despite heroic lifesaving efforts, Sergeant Cohen was pronounced deceased at 1815 hours. Based on autopsy results, the preliminary cause of death was a heart attack.

Sergeant Cohen was a 24 year veteran of the Riverside County Sheriff’s Department, having served most notably as a regional expert pertaining to Police K9 Tactics, dog behavior training, and the professional development of junior deputies and officers.

Sergeant Cohen, age 48, is survived by his wife, son, and daughter.