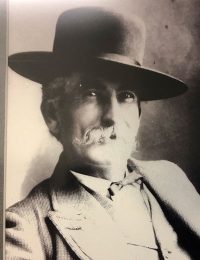 Sheriff Kemp was shot and killed by one of two suspects he was attempting to arrest for stealing a saddle. Both suspects, ages 16 and 17, were captured a short time later. The 17-year-old gunman was convicted of first degree murder and sentenced to death. His sentence was later commuted to life. He died in prison on June 24, 1915. The other suspect was convicted of second degree murder and sentenced to 25 years. He was paroled on June 25, 1920. In April of 1921 he was returned to prison to serve out the remainder of his sentence for violating his parole. He was released in 1925.