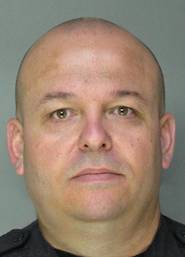 At approximately 10:30am on Friday, October 24, 2014, Sacramento County Sheriff’s Deputy Danny Oliver and his partner were investigating a suspicious occupied vehicle around the 2000 block of Arden Way when he was shot and killed by one of the occupants. Deputy Oliver’s partner returned fire as the occupants fled to a nearby neighborhood. There the suspects – a man and a woman – attempted to carjack a vehicle whose driver resisted and was shot multiple times by the male suspect. The victim was listed in serious condition as of Friday night. The suspects fled that parking lot into a nearby neighborhood where they carjacked another vehicle, then fled a few blocks away where they encountered a gardener working on a home. The suspects took the gardener’s truck and fled to a Carmichael neighborhood where they were spotted changing their clothes by a county park ranger. Before officers could arrive, the suspects fled east on Interstate 80, exiting at the city of Auburn. As the suspects were pulled over to the side of the road they were spotted by two Placer County Sheriff’s Deputies. As the deputies approached the vehicle they were immediately met with gunfire from an AR-15 rifle, striking both deputies. Both were transported to Sutter Roseville Medical Center, where Deputy Jeff Davis was treated and released. His partner, Investigator Michael Davis, Jr., did not survive his injuries.

The female suspect, identified as Jannelle Monroy, 38, was taken into custody at an Auburn city park. The male suspect, 34-year-old Marcelo Marquez (aka: Luis Enrique Monroy-Bracamonte) fled into a residential area near Placer High School, forcing that school and others to lock down their campuses. The manhunt concluded at approximately 4:00pm when Marquez was taken into custody after deputies converged on a home on Belmont Street in Auburn, where he was holed up.

Deputy Danny Oliver, age 47 and a 15 year veteran, had been assigned to the Sacramento County Sheriff’s Department Problem Oriented Policing Unit. He is survived by his wife and two daughters.