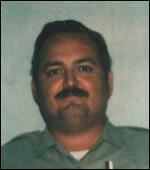 Burchfield had worked the profession for more than a decade serving at several correctional prisons. He cared about this group of peace officers and his commitment to its professionalization will not be forgotten.

Burchfield is survived by his wife, Barbara, and five children ranging in ages from 2 to 17 years old.