Lavieri, a Los Angeles County sheriff’s deputy was shot to death and a second deputy was seriously wounded by a man later disarmed by an outraged mob who came to the officers’ aid.

Deputy Lawrence “Mike” Lavieri, 38, died at Harbor-UCLA Medical Center March 19. A 16-year department veteran, he had been shot in the head.

Authorities booked Lionel Henry of Los Angeles, 35, for investigation of murder and attempted murder following the attack at a Carson gasoline station and a nearby residence.

Mason Kenny, a department spokesman, said Lavieri arrived about 10:30 a.m. to investigate a report of a suspicious person loitering at a gas station in the Los Angeles suburb. 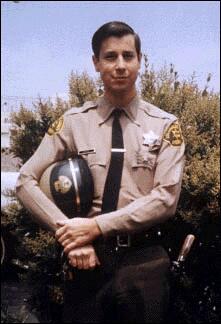 The officers allegedly found Henry inside an automobile that had been reported stolen in San Diego. An argument ensued when he refused to step out.

A single shot was fired, and one deputy fell to the ground, Kenny said.

The man fled on foot with the second deputy in pursuit, then entered a residence about a block away from the gas station.

Following an exchange of gunfire inside the residence, during which the second deputy was wounded, the “suspect came out holding a gun,” Kenny said, and a crowd outside the house began yelling, “Drop the gun. Drop the gun.”

The suspect dropped the weapon and the crowd “jumped the suspect,” restraining him until backup units arrived, Kenny said.